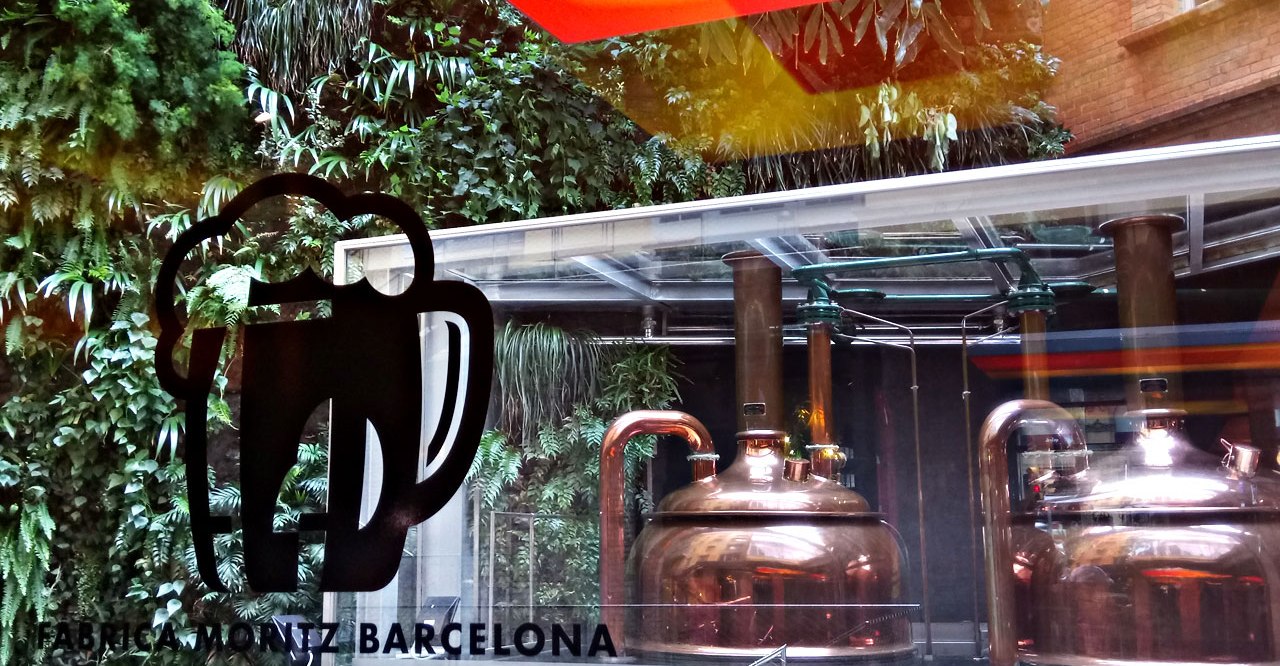 Moritz is the oldest and still active beer producer of Spain. It started on Catalan ground, brought here by an Alsacian, and became a part of the history of the entire country.

The building that, once, was the factory of Moritz beer, now hosts a microbrewery with a gastronomic and events space. Fresh unpasteurized beer, brewed here daily, is available at the bar and the restaurant.

Since 1864, and for more than 100 years on, this space was the actual factory of Moritz – a new beer, brewed by Alsacian Louis Moritz Trautmann since 1856, in higher and higher demand on the local market.

In 1877, Cervezas Moritz received the bronze medal at the National Wine Exhibition; in 1888, the gold medal at Barcelona Universal EXPO; and, in 1889, the silver medal at Paris Universal EXPO.

In 1923, the company introduced dark beer onto the Catalan market. In 1978 the Moritz company was forced to close due to the energy crisis. However, the iconic Catalan brand was relaunched in 2004 by descendants of the original founder. The old factory building on Ronda de Sant Antoni remained owned by the family after the company closed. After reopening in 2011, the 4500 sqm space now comprises restaurants, bars, a bakery, a museum and event spaces.

‘The Fàbrica Moritz Barcelona is a theme park for adults, located on the corner of Ronda Sant Antoni and Casanova Street, a microbrewery, a gastronomic space as well as the Moritz flagship which embodies everything that the brand represents.’