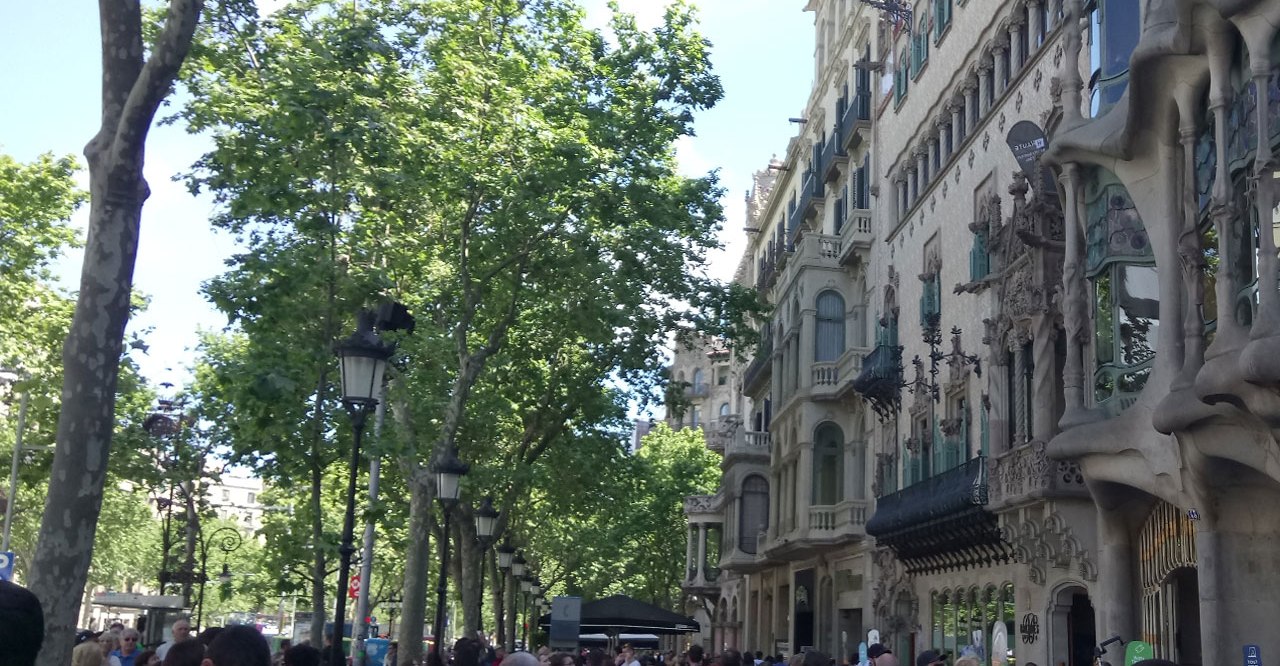 Eixample district is probably the most iconic in Barcelona and also the most diverse in terms of shopping, restaurants and nightlife. Its grid-like layout is the symbol of the modern Barcelona we know today. 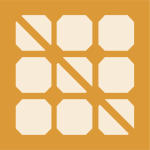 Eixample is home to Antoni Gaudi’s Sagrada Familia, Casa Mila and Casa Batlló, and is one of the most dynamic and confortable areas to live in, mainly because there’s always a restaurant, shop, supermarket or bar at walking distance. Paseo de Gracia is one of its most important avenues.

The Expansion of the City

Before the walls of the Old City quarter of Barcelona were demolished, small towns were scattered across the surrounding countryside. With the arrival of the Industrial Revolution, the population grew dramatically and in 1855 the City Hall called out for a public competition in order to solve the city’s need for growth. Ildefons Cerdà, a civil engineer, won the project for the Eixample (catalan word for expansion), a huge undertaking that would construct the new Barcelona. 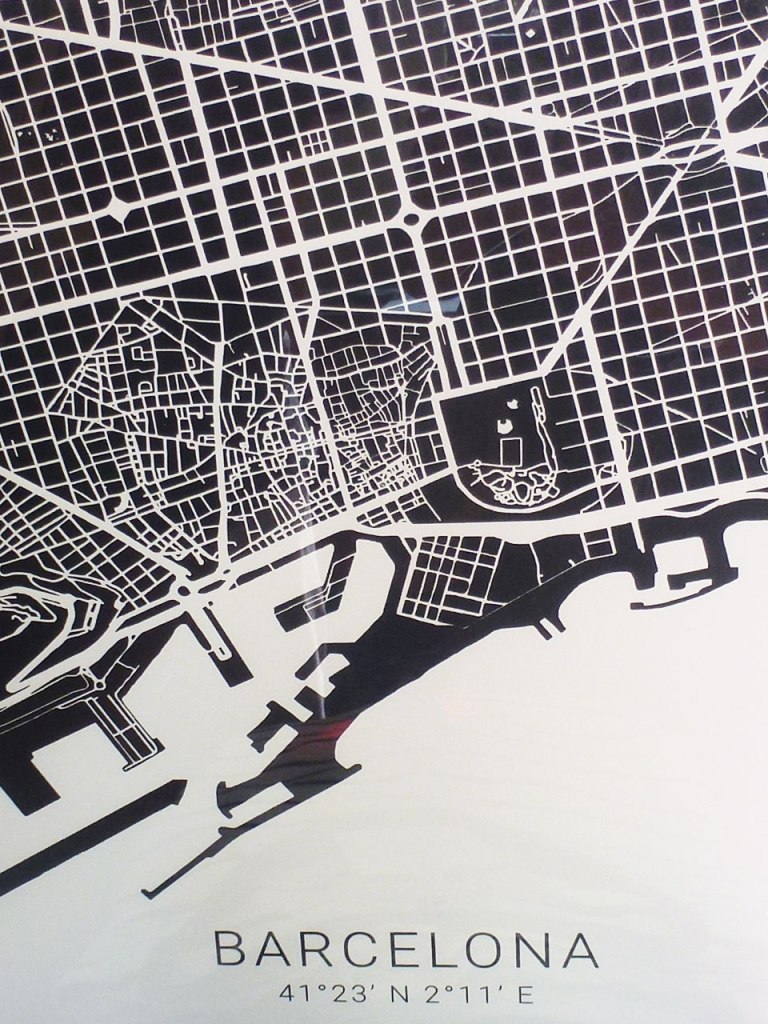 Cerdà envisioned this new Barcelona with a high regard for the people’s need for leisure and plenty of social spaces and designed his plan according to sunlight (NE-SV) and natural ventilation.

As a result of Cerdà’s plans the Expansion of Barcelona is today a grid-like pattern that fills the area between the city walls and the former surrounding towns. The grid made of some 900 seemingly similar city blocks, characterized by a unique 45 degree cut of the corners. The angled corners allowed the streets to broaden at every intersection making for greater visibility, and fluid traffic in all directions. The streets were to broaden at each intersection and the corners were cut off to allow horse-drawn wagons to make turns more easily. 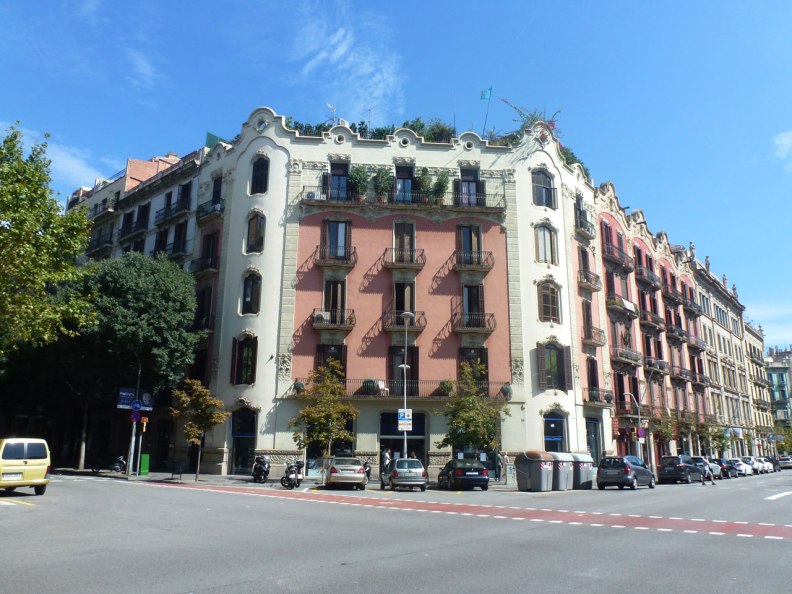 Even though Cerdà’s plans didn’t turn out quite the way he had hoped as architects did follow his grid plan, but ignored many of the specifics. The intersections weren’t designed as his drawings indicated, though they are spacious, garden areas were eliminated, and the neighborhood became a haven for the wealthy rather than a place that would attract all classes. What Eixample did become was a pleasant neighborhood full of wonderful Modernista architecture, primarily the works of Antoni Gaudí, the most famous name of the Spanish Art Nouveau movement. You can also find buildings in Eixample designed by Modernist architects like Puig i Cadafalch and Domenec i Muntaner. That’s what makes the area a must-see for architectural aficionados who are visiting Barcelona, but nearly anyone will enjoy a walking tour of the area.

At the core of Cerdà’s master plan was the creation of the manzana – a city block structure that had been meticulously studied and detailed. Originally, each manzana was to be built up on only 2 or 3 sides, with a depth of 20 metres and a height of 16. The length of each side would measure 113.3 m with a precise area of 12,370 sq m. In between the 2 or 3 built-up sides a recreational green space would allow for a maximum amount of sunlight and ventilation to penetrate every unit in the manzana while simultaneously providing a green belt for the entire city in all cardinal directions. 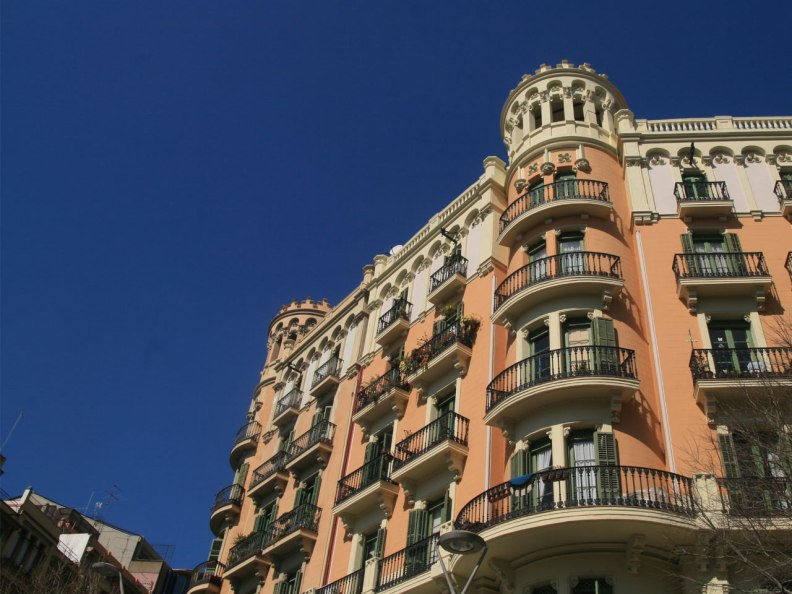 The plan included a network oriented approach to city design where the street layout and grid plan was optimized to accommodate the mobility of pedestrians, horse drawn carriage and stream tram and infrastructural works such as gas supply lines, large capacity rain sewers and effective waste disposal lines.

In short, Cerdà invented “urbanisation” – a word(and discipline) that didn’t exist in Spanish or Catalan, nor English or French, and which he codified in his General Theory of Urbanisation in 1867 (the Guardian)

One Reply to “Eixample or the Expansion of Modern Barcelona”