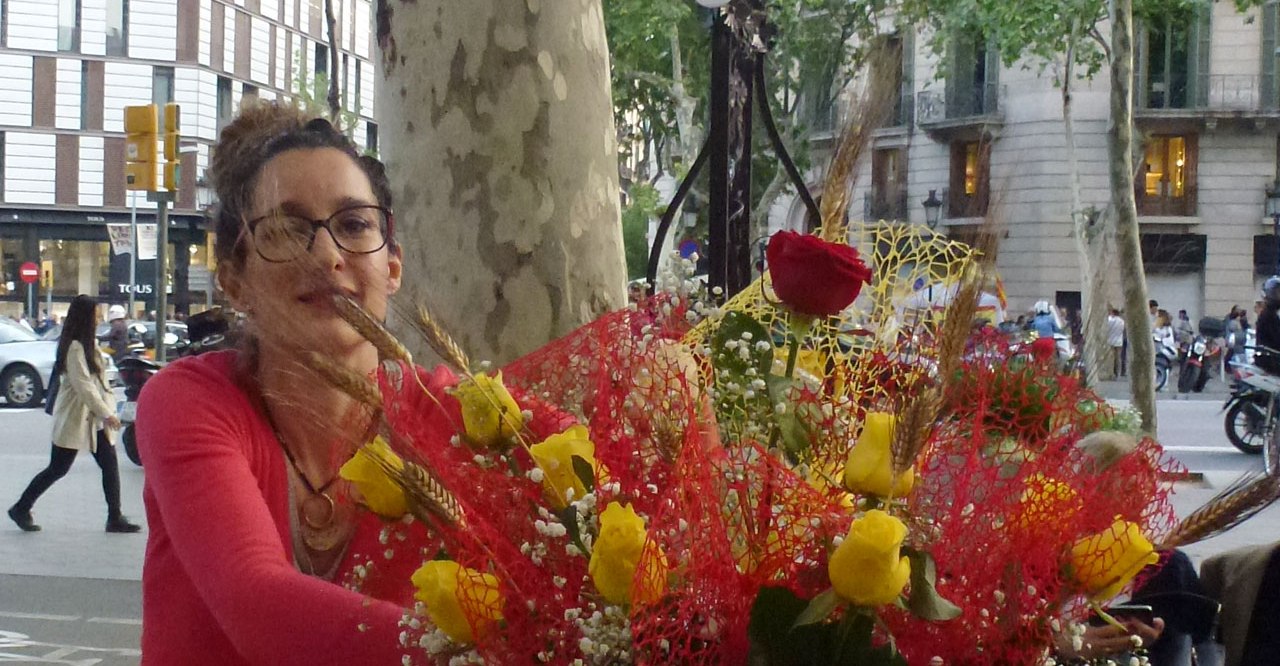 The whole centre of Barcelona is filled today with people, roses and bookstands. It’s Sant Jordi, Saint George’s day, one of the most beautiful events you can witness in the Catalan capital.

Catalunya’s version of Valentine’s day, Sant Jordi is a festivity that combines culture and romanticism. On 23 April, according to tradition couples exchange gifts: a book for the men and a rose for the women. Book and flower stalls are set up along the streets of Barcelona. They fill will people walking around stalls, looking for a gift for their beloved, and for their family and friends, too. You will be able to find the latest publications, see well-known artists signing copies of their books, and of course, smell the scent of the roses.

April 23rd is the day the people of Catalonia have been commemorating their patron saint of lovers with large rose markets since the 15th century. It is also the world book day and the copyright day, in commemoration of the death anniversaries of two of the world’s greatest writers, Miguel de Cervantes and William Shakespeare. Bring these two together, and you get the Day of the Book and the Rose, where traditionally men give women roses and women give men books.

This curious festival comes from a mixture of traditions from different periods. It coincides, on one hand, with the fact that Sant Jordi has been the patron saint of Catalonia since the 15th century; on the other hand, it comes from the famous legend of St George and the dragon and the old medieval tradition of visiting the Chapel of Sant Jordi in the Government Palace, where a rose fair or “lovers” fair used to take place. This is why Sant Jordi is also the patron saint of lovers in Catalonia.

This is a good day to see the Government Palace as it’s an open day for visits and, in the noble gallery inside, you will be able to buy roses, of course, because several charity stalls are set up there. Also, the famous Casa Batlló, designed by Antoni Gaudí, dresses up especially for the occasion. And as you can see, Passeig de Gràcia gets today even more crowded than usually…