For any celebration of a saint patron of Barcelona or one of its neighborhoods, els gegantes or the giants (of 4 meters height) walk the city and dance, accompanied by music, fire shows and other Catalan traditions. When they are not in the show, the giants can be seen, for free, either near las Ramblas, next to Boqueria market, or next to Santa Caterina Market.

Next to Boqueria Market – Virreina

Everybody knows about La Rambla. But less people know about the home of the gegants. Hidden along the avenue, away from the seething crowds, Barcelona’s city giants Jaume I and Violant of Hungary, wait behind shining sheets of glass. Here, on the ground floor of the Palau de la Virreina in a deeply shadowed corner, they keep company with the masked Carnestoltes carnival giant, Barcelona’s eagle, and the city’s child-like co-patron saint, La Laia. 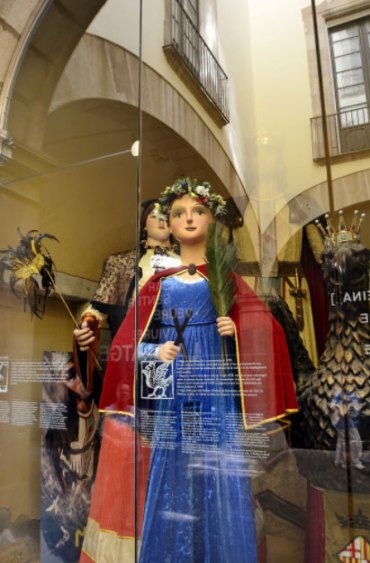 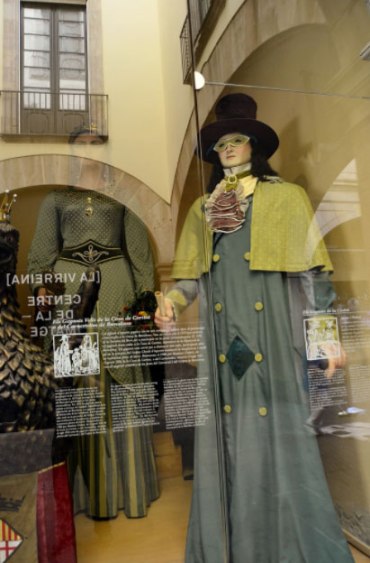 No Catalan festival would be complete without a procession of dancing giants. The papier mâché shapes date back to the 14th century when they first appeared in Corpus Christi celebrations.

Over the years they have been joined by Capgrossos (big heads), dragons and other animals. All of which can be seen dancing and whirling their way along the streets of Barcelona during the city’s local festivals. 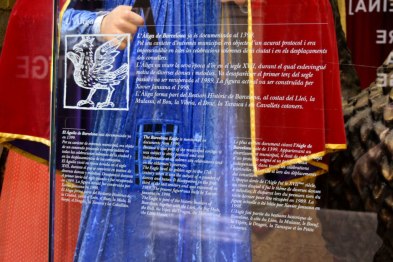 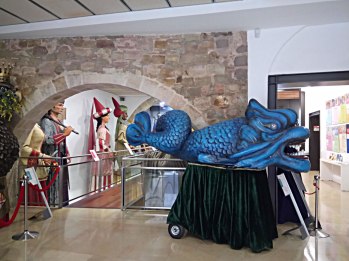 Next to Santa Caterina – Entremesos

When they aren’t taking part in processions, about 50 of the giants are exhibited in the Casa dels Entremesos. The building is the headquarters of the Coordinador de Geganters de Barcelona (Barcelona’s gianters co-ordinator) which promotes Catalan traditions. As well as giants there is also a collection of puppets which are used in puppet shows that take place at midday on the second Saturday of each month. The giants can also be seen taking part in festivals including: Corpus Christi, La Merce, Santa Eulalia and many other smaller festivals.

Each area of central Barcelona, Raval, Barceloneta, Sant Pere or Casc Antic, has its own giants. Besides the figures of around 4 meters of height, there are also fantastic animals and some special figures. 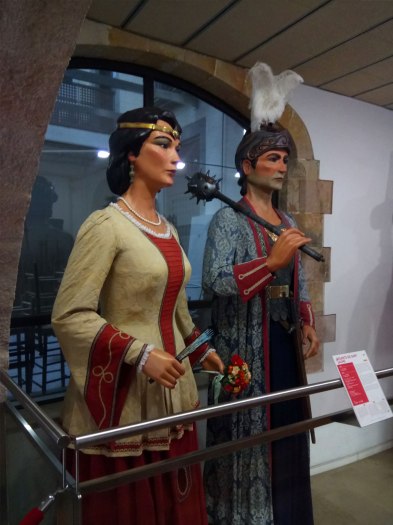 Geants de San Jaume have their own dance, performed on the day of the Saint James. 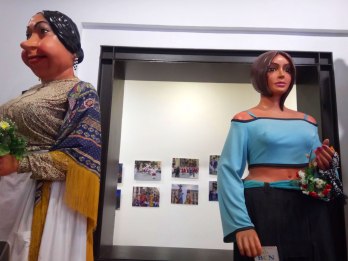 Have almost 4 meters of height and weight around 45 kg. 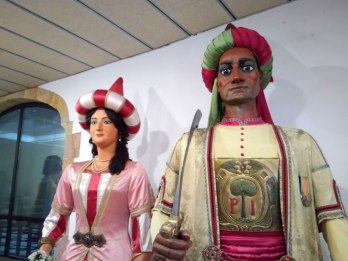 The first historic reference of Geants del Pi dates back to 1601. 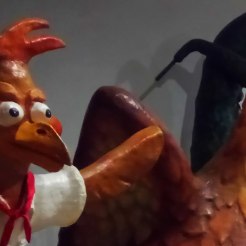 Niku is the recereation of the Falcons of Barcelona’s mascot. It was presented at La Mercè festival in 2007, and has accompanied the colla (team of giant-carriers) since then. Carried by children, Niku has its own dance whose choreography is created by the child carriers and accompanied by the tune called Falcon. 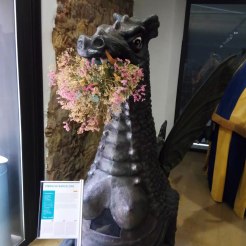 The Viper of Barcelona, symbolizing evil and betrayal, characterized by a dragon’s head, snake’s tail, bat wings and woman’s breasts. Its name means viperine in old Catalan. Its performance in various processions was documented from the 14th century up to 1780. It was recovered in 1993 as part of Barcelona Popular Following (Seguici Popular). La Dansa de la Vibria is performed by gralla, traditional Catalan double-reed instrument) musicians and percussionists. It is a fire-breathing beast that plays part in correfocs (fire runs). 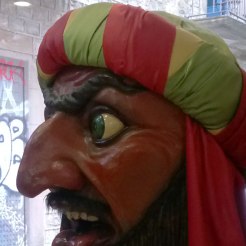 Since the 16th century, this figure is associated with Christmas as it spits sweets for the children, through his mouth.